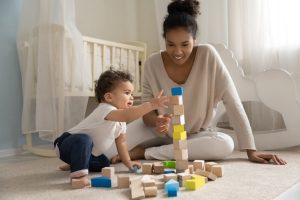 Custodial laws have come a long way over the past few decades, and a child custody case will always try to prioritize the child’s safety and needs. Male custodial parenting has risen over the past decade alone, but mothers are still awarded full custody approximately 65% on a national average. Of course, there are a few surefire ways you’ll be certain to lose child custody altogether.

Substance Use or Abuse

Substance abuse is an extremely concerning factor in custodial cases due to the potential effects on the children. Parents who drink, engage in illicit drugs or addictive medications, and even smoke cigarettes can be consistently putting their children at risk for a variety of potential health issues. Secondhand smoke alone is known to cause asthma, ear infections, and SIDS (Sudden Infant Death Syndrome) in children.

Child Neglect Prior to Hearing

Quite often, custodial cases result in a tug-of-war between the parents, and the kids are the true victims of their so-called protectors’ childish games. Most of the time, the courts can see right through that, and moreover, so can the kids. This is especially true when one of the parents was distant or neglectful prior to the custody battle. Both parents will be asked specific questions regarding their kids’ lives, school experience, friends, health, hobbies, and extracurricular activities. If you’re not involved enough to know the day-in and day-out events in your child’s life but the other parent is, you’ll likely lose child custody. The opinions and preferences of the children are heavily considered with this specific issue.

Continuous distance from your child can be one of the hardest things in an active parent’s life. But that’s a common element in custodial battles. Both parents have to share the children until either an acceptable compromise is made between the parents, or a ruling is made by the court. Unfortunately, many adults simply can’t deal with those requirements and attempt to take the children without notifying or getting the permission of the other parent. That is considered abduction in the court’s eye, and the offending parent will be held accountable. The result of such behavior is often losing custody altogether.

Any Type of Household Abuse Involving the Child

There’s a fine line between discipline and abuse, but that line is crossed far too often and can result in complete loss of child custody. Approximately 7 million children annually are reported as being abused, and almost 91% of those cases are due to parental maltreatment of one or both parents. Courts are extremely critical of any type of abuse, whether it’s emotional, physical, or sexual. Domestic abuse involving the parents and refusing to allow the other active parent to see the children are also considered during custodial cases.

However, abusing your child or children is the primary reason a mother will lose child custody. There’s absolutely no explanation for that and the court will not bat an eye before they make that judgment in a child custody case for the safety and security of the children involved. Gathering the right evidence can help ensure the preferred decision in a custodial case. Whether than handle that yourself, give ASG Investigations a call to connect with the right private investigator for child custody case.