You think it could never happen to you, but when it does, you’re left to pick up the pieces of the mess that flipped your life upside down. According to the BBB, it has affected over 1 MILLION victims in the U.S. alone. It’s a real problem that is getting more recognition thanks to Netflix Film, “The Tinder Swindler” and a sad reality that as private investigators, it’s a narrative we hear more than ever before. We’re talking about romance fraud.

Romance fraud (also known as romance scams) can be described as one posing as someone they’re not via dating sites / social media to gain trust and build a romantic relationship. Once trust is built, the fraudster will take advantage of their victim financially.

If you believe you may be part of a romance scam, call ASG Investigations today. Our investigators are well-versed in the signs of romance fraud and can help you determine if the person you are talking to is real or not! (855) 997-2800 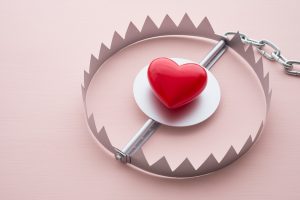 In the cliff notes version of the film (spoilers ahead), “The Tinder Swindler”, world-traveler and generational “Diamond Mogul”, Simon Leviev goes on the hunt for love on the dating app, Tinder. He is able to sweep women off their feet right away. He is kind and affectionate and has no problem showing his Tinder matches the life of luxury he can provide by working in the diamond business. After talking for very short amounts of time, Simon takes women on first dates in his private jet to different countries, dines them with extravagant food, and tells hang-on-the-edge-of-your-seat stories. By all accounts, he’s quite a catch.

However, it isn’t long until trouble starts brewing in paradise. Simon’s “enemies” are after him and they can track where he is based on his purchase transactions. His security team must halt all spending. They shut off his credit cards and order to stop activity on all of the bank accounts. His life is in danger, and his new beau is the only one who can help him. Straight out of a telenovela, right?

If you have knowledge of romance fraud or read the description above, have you pieced together how the girlfriend might help? That’s right… money.

Simon asks the targeted woman to open a credit card in her name, with the promise that as soon as the danger is gone and he can access his accounts again, he will send the money back. The amount requested starts out small, but as the situation becomes more and more dire, he continues to request more and more money. This woman trusts him, has feelings for him and wants to help, so she complies.

As her debt escalates, she continues to ask Simon for repayment, which agitates him. He becomes less-than-friendly, but in good faith, sends her a check for a large sum of money. This check is much more than she gave him. And that’s the end. The women cashes the check, pays off her debt, has some extra money, and moves on from the whirlwind romance that was Simon…

We wish, but that’s not the reality of romance fraud.

The bank refuses to cash the check Simon sends because as you may have guessed, it is fraudulent. Once called out, Simon becomes intimidating and threatening until communication is completely cut off.

The scam repeats itself with many different women. In fact, Simon manages to do this to so many women at once, he’s able to use the money from one woman to pay for the expenses of the next woman, and that woman’s to pay for the next and so on.

At this point in the story, we can guess Simon Leviev is not a diamond mogul nor from an affluent family. That is just one of the personas he uses. His name is actually Shimon Hayut, a career fraudster, and was a fugitive from his home country, Israel.

Shimon / Simon spent a grand total of only 3 years and 5 months between a sentence in a Finnish prison and Israeli prison from 2015 until present day. It is estimated that he was able to receive around $10 million from victims around the world. While his victims are affected for life because of his actions, Simon has no real ramifications, is back on Tinder and has started his own website giving “business advice” for a fee.

What to Look for to Avoid Romance Fraud 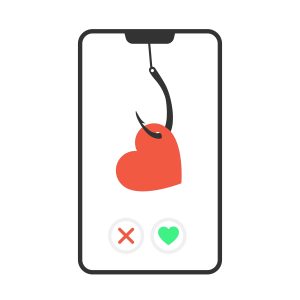 While this is an extreme case of romance fraud, it is important to understand that most of these scams tend to follow the same pattern. Here are some of the warning signs of romance fraud.

Once they feel like they have gained your trust, the romance scam can commence, and the requests will start.

While these are common themes of romance scams, what’s more uncertain is who will be targeted. While previous reports showed that older women who are divorced or widowed were more likely to fall victim, in recent years, there has been an increase in the amount romance fraud reports made from the 18-29 year old age group.

These scammers are professionals. According to the FTC, it is estimated that in 2020, the reported loss to romance fraud was a record high of $304 million, and beat that record in 2021 with a staggering reported loss of $547 million.

Wire transfers, reloadable cards and gift cards are common requests from these fraudsters. They are not easily traceable or reversible and allow the true identity of your “prince charming” to stay anonymous. While bank account or credit card information can be tracked more easily, it is also not uncommon for the scammer to ask for this information. There has also been an increase in requests for cryptocurrencies.

How to Avoid Falling Victim to Romance Fraud?

Aside from not giving out your personal or financial information online or as we learned from, “The Tinder Swindler”, don’t give money to people you just met, no matter how convincing the story is or how well you think you know them – there are even more steps you can take to protect yourself before falling victim to a romance scam.

Hiring a Private Investigator to Help

The sad reality is that in most cases, the story doesn’t end like the Netflix film. The individual is typically not discovered and outed by those he victimized. Once the money is wired or the gift card is sent, it becomes extremely difficult to track down that individual. The untraceable phone number they were using gets shut off. Their profile is deactivated. The scammer takes on a completely different identity and moves on to their next victim.

The best option is to conduct your research before getting in too deep. With the influx in romance fraud, ASG Investigations has created an online dating investigation focused around finding out the truth for our clients. If you or someone you know is part of the online dating community, and want to avoid being a victim, call ASG today to discuss your options!