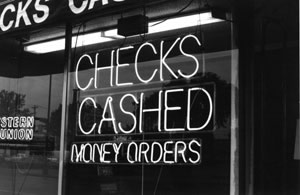 For small businesses, employee theft deals a double blow. First, whether it’s money, equipment or data that gets stolen, the business has to absorb a hit it often doesn’t have the capacity to absorb. And second, it loses a lot of the mutual trust that a tightly knit operation depends on.

Experts say that entrepreneurs who have been hit by employee theft should tread carefully. It’s easy to make missteps, which could lead to more disruptions in the workplace and legal action from the accused employee.

First, experts say, the best approach in almost all cases is to cut ties quickly. Many entrepreneurs may have an impulse to try to recover what was stolen, or to give an employee—particularly a once-trusted one—a chance to explain or make amends

But it’s better to write off losses and let someone go as soon as possible, explaining the move as “downsizing” and not mentioning the theft at all.

Accusing an employee of theft will mean the company needs to present bulletproof evidence of possible wrongdoing and may end up facing legal action from the accused, says Ellen Rohr, a small-business consultant in Rogersville, Mo.

Even though it can feel dishonest, telling an employee he or she has been downsized without giving a specific reason leaves less room for error, she says.

Ms. Dizik is a writer in New York. She can be reached atreports@wsj.com.